Before reading this, I want you to know a crucial Quran verse and keep it at the back of your head. Islam has the concept of Islamic brotherhood and not Universal Brotherhood. If you want to pay charity,you can only give it to muslims. It is obligatory upon all muslims to help each other and teaches amazing human values but seldom do these values extend to non-muslims.

Quran 48.29 Muhammad is the Messenger of Allah ; and those with him are forceful against the disbelievers, merciful among themselves.Well lets keep political correctness aside for a minute and have a rational look. 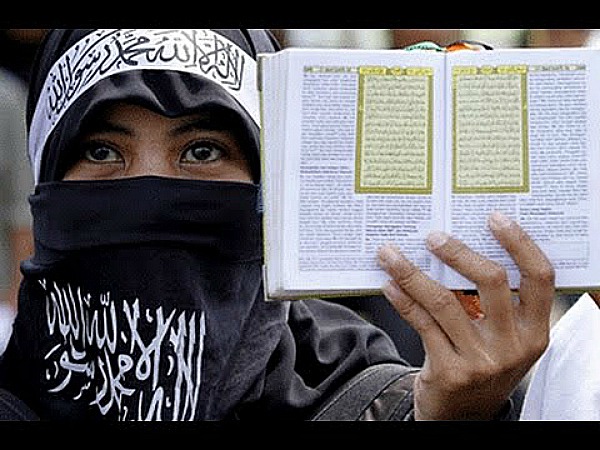 SEX SLAVES  I suppose everyone would agree that it is one of the greatest atrocities someone can commit to another human being. I mean if someone is seriously demented,he might try explaining Slavery on the pretext of economy but sex slavery is just inhumane and evil. Did Muhammad have sex slaves? Yes,he did have sex with his female slaves, some after just having killed their whole families.

Comfirmation from Quran 33:50 O Prophet, indeed We have made lawful to you your wives to whom you have given their due compensation and those your right hand possesses from what Allah has returned to you [of captives]

Cruel ways to Kill ISIS finds some rather disgusting methods to kill people.Did Muhammad kill people cruelly? Although he usually just beheaded people like in the case of Banu Qurayza where he killed 600–900 men who had attained puberty and distributed the women and children as war booty among the soldiers.

Confirmation from Quran [5.33] The punishment of those who wage war against Allah and His apostle and strive to make mischief in the land is only this, that they should be murdered or crucified or their hands and their feet should be cut off on opposite sides or they should be imprisoned; this shall be as a disgrace for them in this world, and in the hereafter they shall have a grievous chastisement.

Killing civilians When Muhammad made a peace deal with Banu Nadir and Banu_Qurayza and other Jewish tribes, the three leaders of the Jewish tribes were accused by him of breaking the peace treaty. Although he claimed only the three leaders of the tribes broke the peace treaty, Muhammad ordered the beheading of all the Jewish men and boys (who had begun to grow pubic hair).Combatants and non-combatants alike were slaughtered and the remaining women and young children were taken captive by the Muslims and sold in slave markets.

Permissibility of killing women and children in night raids,

Although Prophet Muhammad prepubescent boys and girls to be taken as slaves,he didn’t have much of a problem with some of them killed in the fog of war and he gave a reason as well.

Sahih Muslim 1745 a :The Prophet passed by me at a place called Al-Abwa or Waddan, and was asked whether it was permissible to attack the pagan warriors at night with the probability of exposing their women and children to danger. The Prophet replied, “They (i.e. women and children) are from them (i.e. pagans).”

Sahih Muslim 1745 b: It is narrated by Sa’b b. Jaththama that he said (to the Holy Prophet):Messenger of Allah, we kill the children of the polytheists during the night raids. He said: They are from them.

Sahih Muslim 1745 c:Sa’b b. Jaththama has narrated that the Prophet (ﷺ) asked:What about the children of polytheists killed by the cavalry during the night raid? He said: They are from them.