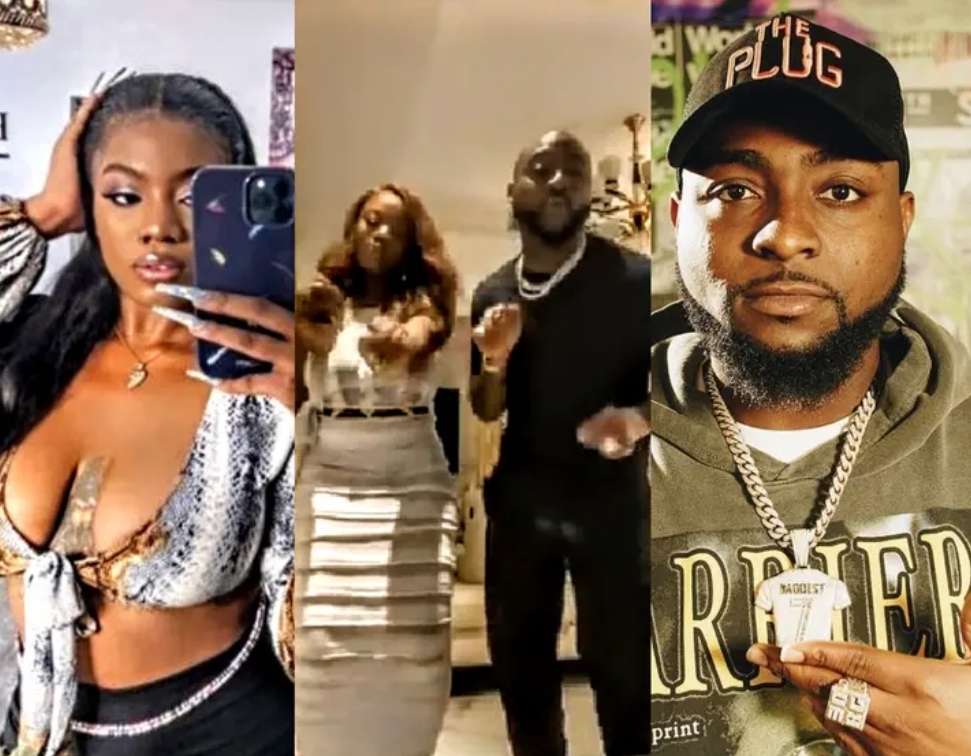 It’s been over a week now since the Big Brother Naija ‘Shine ya eyes’ season 6 reality show 2021 came and gone with the series of positive and negative drama from the housemates and likewise the viewers. However, as your favorite ex-housemates go about their various media tours, they’re also having the opportunity to meet popular Nigerian çelebrities. Angel who is known to be one of the most controversial ex-housemates, seems not to be missing out as she and Whitemoney had the honor and privilege of meeting a powerful billionaire businessman, Obi Cubana. Moreso, a video of her and a Famous Singer identified as Davido of the 30 billion gang has just surfaced online. As they say, happiness is free so they were seen vibing together freely to a good song in his apartment.

READ Also:  "Death Why"?- Shona Ferguson And His Wife Connie Were Happy Together Before His Death (Video)

The smart and beautiful 21-year-old lady was dressed up modestly in a stunning white up and down long fitted dress which is however different from her normal clothing, as she gives the viewers her usual dance steps There is no doubt that this video of her and the OBO hasn’t generated a lot of mixed reactions online as many praise her, noting that she will go to places while others could not imagine seeing her with Davido.

READ Also:  Throwback: a video Of Zubby Micheal thanking Prophet Odumeje,says his prophecy has come to pass in his life & vows to fight anyone who dares him What do you think is up for Angel’s meeting with Davido?

In my opinion, this Is a sign of good things to come and I’m sure she’s going to be a surprise to many. Congratulation to her