Yoruba Muslims Will Never Vote For Christian President In 2023, Because Of This- MURIC

Ohanaeze To Malami: Heaping All Criminal Acts On IPOB, Kanu Will Not Help Matters

Joe Igbokwe: When it’s a crime to love Buhari, Nigeria and Igboland, by Femi Adesina

No Excuse Is Acceptable, Kanu Must Be Produced In Court On Thursday – Igbo Lawyers

PDP Will Definitely Win 2023 Elections, Because Nigerians Are Tired Of APC- Gov Diri

My Dear Brother, I Am Running For The President Of Nigeria In 2023 - Actor, Yul Edochie Says

"As Yoruba people, We Should support a Presidential Candidate from the South-East" -APC Chieftain (Video)

Oguta Crisis: 'We Can't Lose What We Worked For Because Of One Foolish Person' - Uzodinma Vows

I Have Handed Power To You In 2023, Buhari Tell Osinbajo- ex-presidential candidate

PDP NEC: How Wike And Others Used A Wise Tactic That May Favour Them Later As North Gets Key Post

2023: Why Can't The North Allow The South To Rule Despite 1994/5 National Conference Agreement?

Finally: PDP Bow To Pressure As They Throws Open Presidency to all Zones

How PDP Is Trying To Playing Smart Moves On APC

2023: How Atiku Contradicted Himself During PDP NEC Meeting By Rejecting Zoning

The Genesis Of How Gov. Wike And Gov. Ayade Became Political Enemies 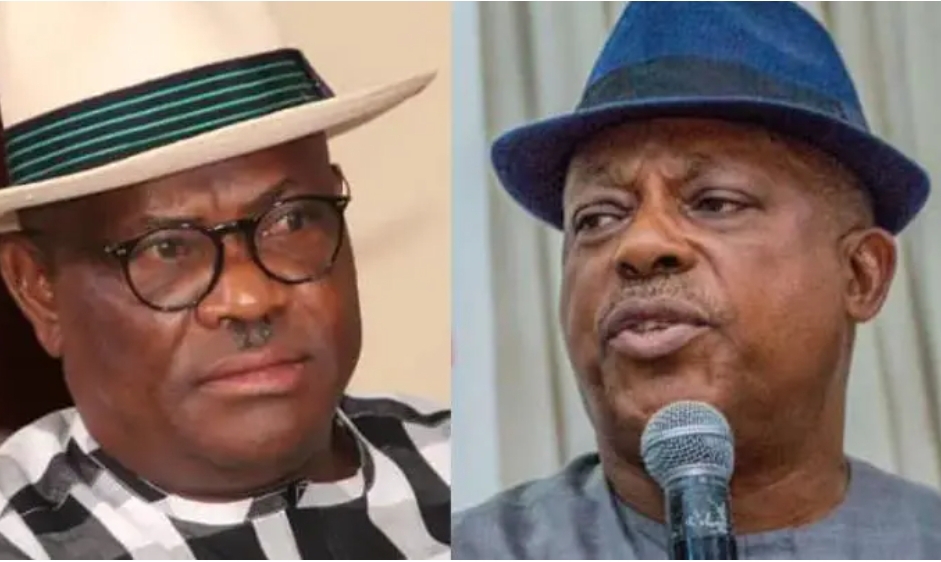 Surprisingly, the meeting was peaceful and the party successfully ratified the recommendation of the Governor Ifeanyi Ugwuanyi led zoning committee. The PDP leaders agreed that the North and South should swap posts ahead of the national convention scheduled to hold in October. This was an idea initiated by Governor Nyesom Wike’s camp and backed by key PDP Governors from South such as Seyi Makinde (Oyo State), Godwin Obaseki (Edo State), Udom Emmanuel (Akwa Ibom) and others. While Wike and those opposing the embattled PDP National Chairman, Prince Uche Secondus may think that he has given up based on his silence since and the fact that the zoning they preferred was ratified, he proved otherwise by taking a tactical action after the NEC meeting. What did Secondus do?

Secondus swiftly issued a press statement after the PDP NEC meeting where he revealed that he is taking action to stop anybody or group from hijacking the party. With that, he reminded the PDP of the legal battle ahead since he has not given up. He revealed that nobody has confronted him with his real offense to warrant his removal. Rather, his offense was because he refused to be used by a ”certain Governor” to achieve his personal ambition by going against the party rules. That was not all, Secondus went on to disclose that he has not given up in his move to stop his removal and ensure that nobody or group hijacks the PDP. As a matter of fact, he pointed out that he is still in court to appeal against his removal with a view to coming back as the Chairman of the PDP if the court rules in his favour. While the matter is in court awaiting verdict, it must be pointed out that the case may go either ways.

READ Also:  If APC Won't Give Igbos 2023 Presidency According To Yakasai, What Is The Fate Of Umahi's Ambition? Wike and those that pushed for the removal of Secondus may have their way if the court upholds his suspension as the High Court in Port Harcourt earlier did. On the contrary, the embattled National Chairman of PDP may laugh last if he succeeds in winning the case which will allow him to come back as the authentic PDP helmsman. If that happens, it will change the whole calculation in PDP. It will be a deal breaker for Wike and others. It will affect the political ambitions of some people especially Wike who is alleged to be interested in contesting for PDP’s presidential ticket.

Oguta Crisis: ‘We Can’t Lose What We Worked For Because Of One Foolish Person’ – Uzodinma Vows