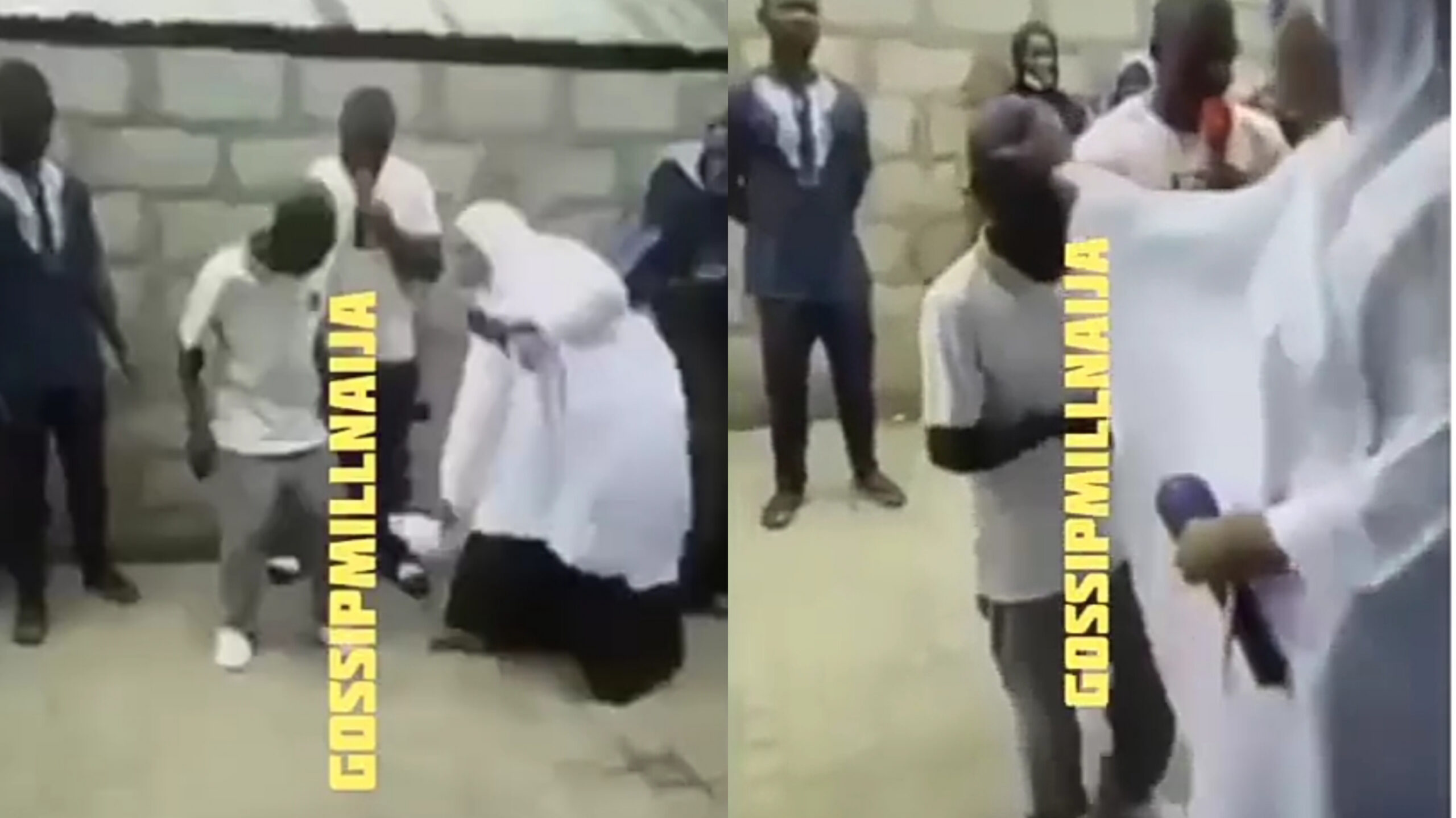 September Is Indeed a Month We will all Remember due to the outrageous and funny incident that took place, another Devasting video footage is currently making sensation on the social media now, Revealing the moment a Muslim woman was seen acting in the Christian way of Performing Miracles while she was preaching in Islamic way to Muslims.

According to the video footage posted on the social media, the woman was seen laying hands on a man who she Allegedly pushed and the man started staggering like someone under the influence of power.

READ Also:  Your Mummy Dey Show her Pants for Street- small Girl and a boy exchange words during a dispute (video)
Related Topics:
Up Next

I Know Those Sponsoring Bandits, If I Open Up, Heads Will Roll- Senator La’ah