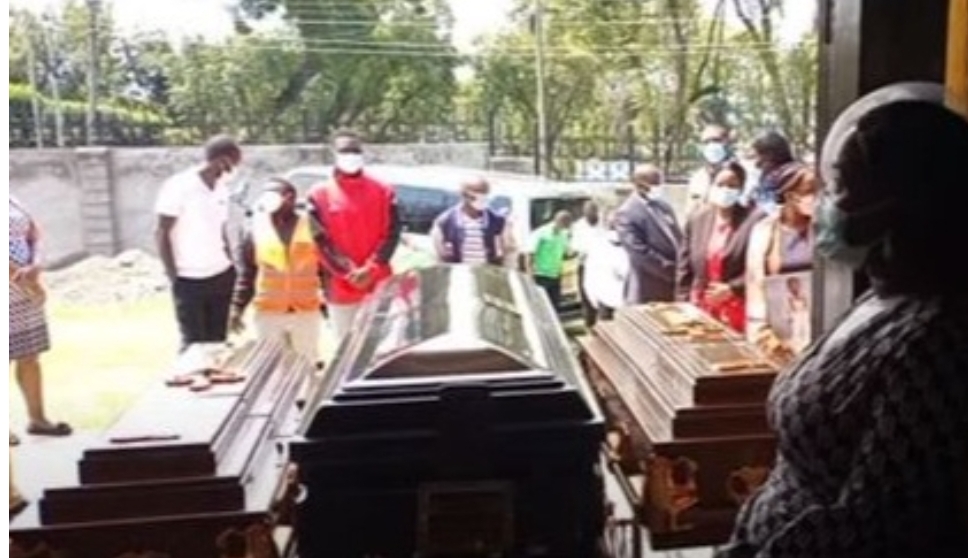 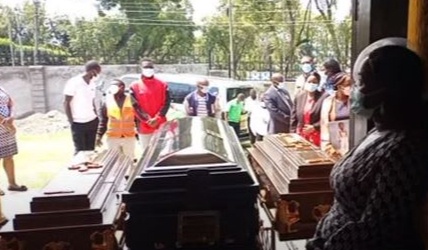 A Nakuru-based doctor accused of killing his two children and attempted suicide died on September 22, while undergoing treatment at the Nakuru Level Five Hospital

Dr James Gakara, who was under heavy police guard, was battling for his life in the Intensive Care Unit at the Nakuru Level Five Hospital where he breathed his last.

The doctor allegedly injected his two children, aged three and five, with insulin on at their upmarket Milimani home, before he also attempted to end his own life.

Five hours before police found Dr James Gakara unconscious and lifeless bodies of his two children inside their apartment on Saturday evening, the medic had left just returned to the house at Milimani Estate in Nakuru town.

In the morning, neighbours told the Nation on Sunday, he had left with his five-year-old son and three-year-old daughter to an unknown place in the company of their nanny.

The obstetrician-gynecologist came back to their apartment at 3pm but without the maid only for the minors to be found dead after police broke into their house at 9pm.

The officers were acting on a report by one of the neighbours who reported unusual activity in Dr Gakara’s house, followed by loud silence.

“We were shocked that he decided to escort the house-help yet the mother of the children was not around to take care of them,” said a neighbour who requested anonymity. 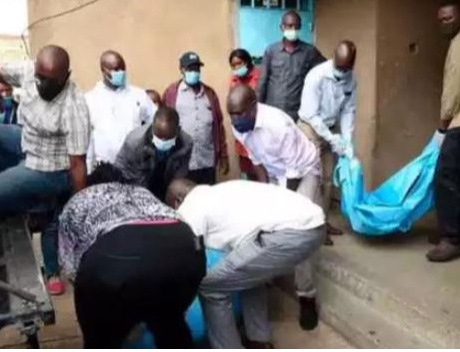 Upon arrival, the witness said, the medical specialist who owns Optimum Current Health Care Clinic in Section 58 Estate immediately locked the door behind him and no one knows what happened thereafter. His wife, a nurse at the same clinic, had travelled to Nairobi.

An autopsy conducted on the late doctor at the Nakuru Level Five Hospital Mortuary on Friday, September 24, revealed that he had ingested an unknown substance.

Speaking to the media, Government pathologist Dr Titus Ngulungu disclosed that there were traces of drugs in his system. He, however, did not establish whether Gakara ingested the drugs himself or someone gave them to him.

READ Also:  It Appears We, The Almajiris Have Won The Battle And It Is A Victory For The Qur'an- Adamu Garba

The pathologist revealed that some organs and tissues from his body had been taken to the government chemist to establish whether there was another poisonous substance.

“I am of the opinion that the cause of death was the foreign substance found in Dr Gakara’s body… Let it be known that we cannot give the time the results will be out but the family may continue with burial arrangements in the meantime,” he stated.

A pr1ck was also detected on both hands of the deceased during the post-mortem.

“We are trying to establish whether he got the pr1cks before going to hospital or after.”

Family members unable to take the demise of three of their kin are undergoing counselling at the same facility.

Speaking to the media on Sunday, September 26, the family spokesperson, Burton Njoroge, revealed that several family members have been affected by events surrounding the untimely demise of the three.

Njoroge further revealed that the doctor’s sister, Mary Gakara, has been in and out of hospital after she heard the news of her brother’s death.

“We have since decided as a family to engage a counselor to help Mary and Dr Gakara’s other sisters who have been struggling to come to terms with the incident,” Njoroge stated. 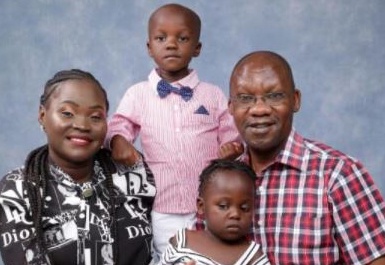 The spokesperson added that the family members have been deeply affected due to the close relationship they had with the doctor.

“It has been the hardest time for the family accepting the ordeal. Mary was so close to the late Dr Gakara. But we are trying our best in helping her and the other sisters.”

Gakara’s wife, Winnie Odhiambo, has been discharged from the High Dependency Unit (HDU) where she had been admitted after going into shock.

READ Also:  Nigerian Church members embark on a prayer walk for Pres. Donald Trump, ahead of the upcoming US election

“She is currently out of hospital and we are watching her closely,” a family member stated.

A while ago, Winnie penned an emotional message on her social media after her two children were killed on Saturday night.

Winnie assured her deceased children that she will fight for their justice and regretted leaving them with their dad.

“My heart is shattered; I failed to protect you my loves. The person you trusted the most betrayed you my darlings, I promise to fight for justice for you; Go well my sweethearts,” she wrote. 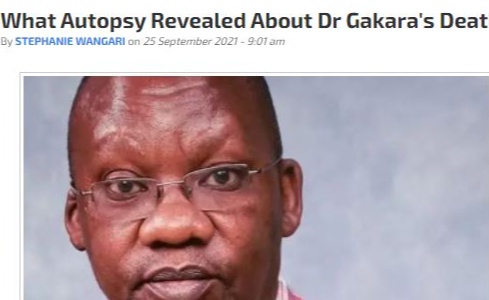 According to a neighbor, the wife, who is also a nurse, was reported to have travelled to Nairobi. It was alleged that she was finalising her itinerary as she had planned to travel abroad for further studies.

Her decision was reported to have been the cause of the altercation which led to the mysterious death of the two kids and the subsequent suicide attempt by their father, who opposed the wife’s plans.

Other reports alleged that the case was aligned with a DNA report on the two kids secretly conducted by the doctor. However, the doctor’s acquaintances refuted the reports.

“The first wife deserted him and the second wife was planning to relocate to the USA next month (October). About the DNA test, they had not done any or even spoken on the same although the guy suspected the wife might have cheated,” the source told Kenyans.co.ke on condition of anonymity.

He added that the doctor was always jovial towards clients and was an outgoing person.

The bodies of the two minors were taken to Nakuru Municipal mortuary awaiting burial on Tuesday, September 28.