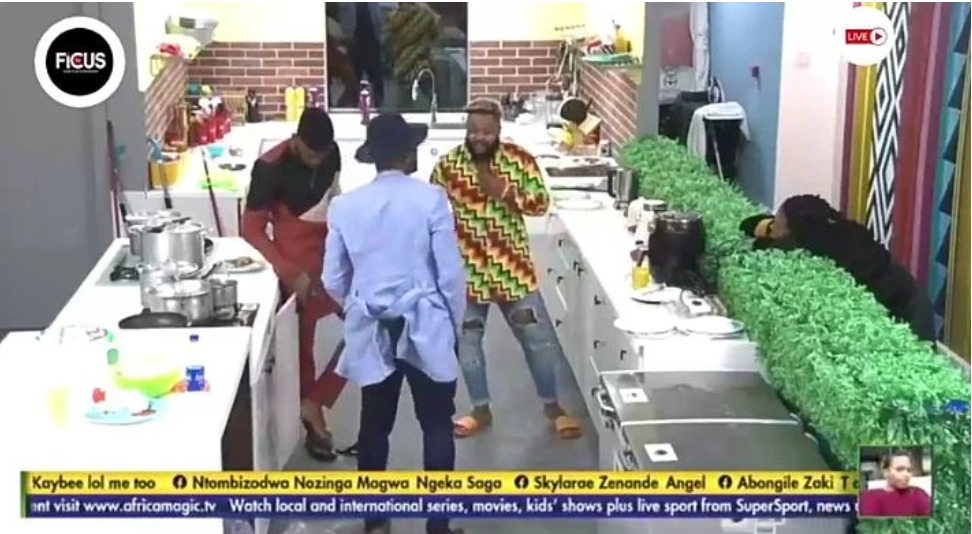 BBN Housemate, White Money, made it clear that he is not interested in cooking for other Housemates in the House anymore.

White Money made this controversial statement after he managed to secure a place in the finale of this year’s edition of Big Brother Naija.

Nini, Saga, and Queen were evicted from the House as Big Brother decided to make another triple eviction ahead of the final week.

After the whole eviction drama, White Money, Cross, Emmanuel, and Liquorose were spotted in the kitchen discussing about the current situation of things in the House.

White Money was quick to point out that he would not be cooking for anyone again in the House. According to him, it would be fair for everyone to have the same privilege in the House.

READ Also:  One image that is found everywhere on Ginimbi’s house Make People Suspects He Did Money Ritual- See Photos

He believes this is the final week of the Show and it wouldn’t make any sense if he is trying to dictate the consumption rate of his fellow Housemates.

White Money said: “As you all know, this is the final week of the Show. As you can see, food don choke. I am not interested in cooking for anyone again”.

During the early stages of the Show, White Money was accused of using “cooking strategy” to win the heart of his fellow Housemates.

Considering White Money’s recent decision to relieve himself of kitchen duties, it wouldn’t be wrong to say he is tired of cooking for other Housemates.

At the same time, we need to also realise that White Money cooked for 23 Housemates during the course of the Show. I don’t think cooking for just three Housemates will be a problem for him this week.

READ Also:  I gave out sanitizer and mask to all those owing me money, I no fit shout biko b4 i hear stories - Dino melaye said

However, his decision to stop cooking for others is coming from a good heart. White Money believes if he is still in control of the kitchen, other Housemates might not enjoy themselves to the fullest in the final few days. What do you think about this situation? Do you think White Money is tired of cooking or he is trying to be considerate? Drop your comments and let us see what you think.

Ex-Worker Of Bobrisky Backs Up Oyekyme’s Allegations, Reveals Bob Has Grey Hairs And A Hairy Chest