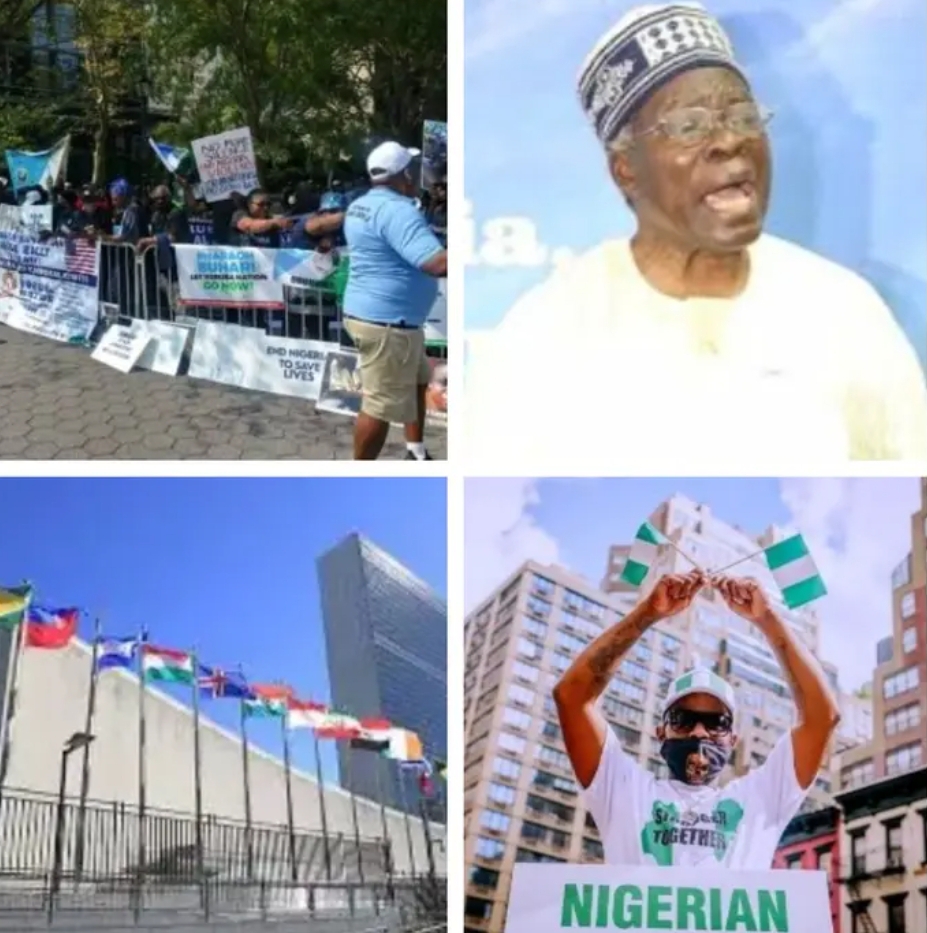 As the UNGA continues their meeting in New York City, in the United States, President Buhari yesterday made a historic presentation to the UN. The event is a warm cerebration indeed. All the world leaders are supposed to present a speech, most especially on the issues bordering their locality and the needed assistance they might need from the world’s strongest body.

Nigerians are great travelers, who are almost in all the parts of the world. Akintoye began the uproar when he declared that they (NINAS) were going to stage a protest at the UN headquarters to demand the balkanization of Nigeria and the abolition of the 1999 Constitution, which they referred to as a military document. Surprisingly, they began protesting on September 14th, as the UN General Assembly convened, and they are still protesting. The protest has become a source of worry for many Nigerians who are at home and in the diaspora. It’s not only that Prof. Akintoye is leading a rally against Buhari’s regime, but that a pro-Buhari group joined the trend by protesting for Buhari, as a counter protest against the NINAS. Yesterday, the rallies turned into a confrontation between the pro-Buhari group and the Akintoye group.

READ Also:  Nigeria Gay Man Vowed Not to Eat Or Drink Till Senator Cancel the 14yrs Jail term for Any Body Who Practice Homosexual (Video) Akintoye revealed that they were able to dislodge those who were protesting in favor of Buhari, and seized some of their placards and other items designed to promote Buhari’s administration. How come we have descended to this lower state? Who did this to Nigeria? A nation known for its greatness and intergrity has become a thing of worry. How come these people want to shame their fatherland, even in the diaspora? Akintoye is of age and should know better. Assuming that both groups engaged in a fight against another and wounded or killed another, what would they say they were fighting for, and who were they fighting for? It’s time to end this national embarrassment. Now that the protests are becoming confrontational, it’s high time Professor Akintoye should suspend the ugly trend and return to Nigeria rather than dance naked in the market places. He should know that should anything go wrong on this ugly mission in the US, he would be held responsible for initiating these rallies against all odds and advice.

What do you think about this national embarrassment going on in the US against the most populous black nation in the world? What do you think should be done to end this before it turns into violence? Kindly send us your comments below the box. Share and like this work. Follow us for updates.

“Can I Be A Christian And Still Practice Ifa?”- Daddy Freeze Replies Fan’s Question