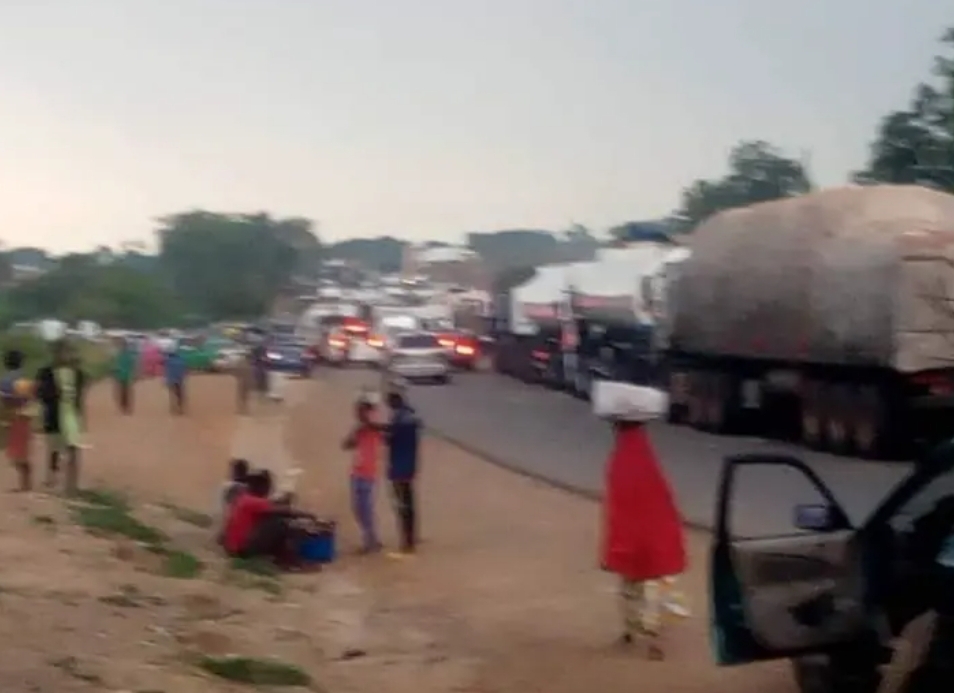 Drivers of trailers, tankers and other articulated vehicles have vowed not to move thier vehicles despite warning by government to open entry routes for free flow of traffic into Niger State.

The development has inflicted untold hardship and pain on motorists along Suleja-Mina road.

The closure of the road, it was gathered had forced drivers to resort to the Bida- Lapai- Lambata road which has currently become a nightmare for the drivers.

The government had issued in a statement through the state Commissioner for Works and Infrastructure, Mamman Musa, cautioned operators of the trailers to desist from violating traffic law and order in the state.

He urged them to move their vehicles as blocking the road would make it difficult for intervention by the Federal Controller of Works, while appealing to the people to be calm.

“Niger State Government is liasing with Federal Controller of Works in order to synergies and find a lasting solution to the road,” the government stated.

However, the drivers have remained adamant as they refused to move their vehicles parked exactly on the Lambata bridge, thereby preventing motorists from traveling out and into the state.


Some of the drivers lamented the deplorable condition of their only alternative road, the Bida-Agaie-Lapai-Lambata and insisted that they will not move until, the state government acts.

“The road is no longer motorable. We are forced to spend days on it before reaching our destinations because of the deplorable condition. All we are asking is for government to open the Bida-Minna road to ease movement for us,” the drivers maintained.


Similarly, the other entry point of Sarkin Pawa, Munya Local Government into the state appears to be abandoned by road users due to the security challenges facing the area.

Munya Local government is among the councils in Niger East Senatorial District heat by banditry activities.

It would be recalled that Niger state government ordered the closure of the Bida-Minna road to drivers of trailers tankers and other articulated vehicles to enable the contractor handling the reconstruction work on it to meet up with the completion period of 18 months.

Hence, the government advised the drivers to use the almost abandoned
Bida-Agaie-Lapai-Lambata pending completion of work on the road.