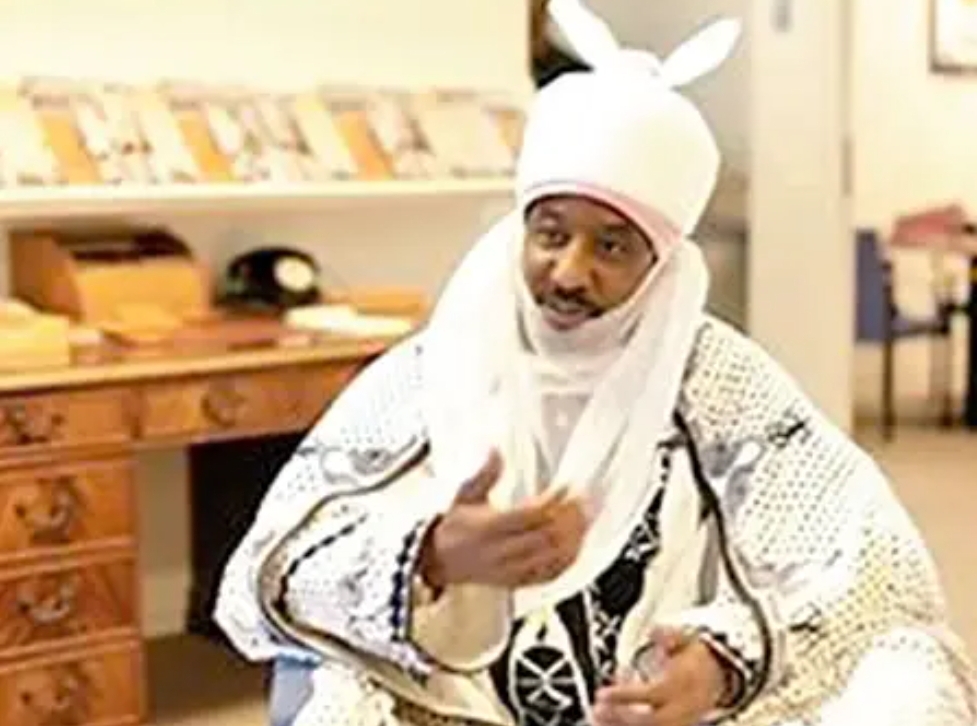 Goose that’s laying, Emir Sanusi’s removal, NBA controversy, the Inspector General of Police, Mohammed Adamu has warned against complacency among police operatives In Oyo State. In a statement issued and signed by the Force Public Relations Officer, DCP Frank Mba, the IGP commended the state Commissioner of Police, Joe Nwachukwu Enwonwu and his team for a job well done.

He also expressed his sincere appreciation to the citizens for their support and understanding while the manhunt for the rearrested Shodipe lasted. The IGP stressed that “all hands must be on deck to bring Sanusi, DSS, IGP, Emir of Kano, court
Sanusi
Former Emir of Kano, Muhammad Sanusi II, has predicted that Nigeria’s economy is about to collapse. This was even as he warned that oil which he called the goose laying the ‘golden egg’ for Nigeria is about to die.

He made this assertion while speaking at the ‘day two’ of the Kaduna Investment Summit on Friday.

According to him, today, Nigeria is having difficulties in oil production and noted that the product is now being rejected globally because there is no longer a future in carbon.

Sanusi who was a former Governor of the Central Bank pointed out that, the future lies in a knowledge-based economy, however, lamented that, Nigeria is far behind many African countries in the innovation index and ranking 114th globally.

According to him, while Ghana with a smaller economy invests more in education, Nigeria spends seven per cent of its budget in that direction, saying that, only eight of every 100 Nigerians who start primary school, complete university.

“Globally, work is being redefined. 30 to 40 per cent of workers in developed economies will need to significantly upgrade their skills by 2030. And what are the major drivers of this redefinition? ICT and remote working, which we have seen even here with COVID.

‘There is increased automation and artificial intelligence. Very soon, robots will take over work in most countries and those who would have hob are those who operate the robots or manufacture the robots or service the robot.

“And you have decarbonisation. For us in Nigeria, the enclave economy that we have, the so-called goose that lays the golden egg is about to die. There will be no eggs. The future is not in the carbons.

“A few months ago, Germany was able to produce enough renewable energy for the entire country’s need. Today, we are having difficulties selling Nigerian oil. So, not only are we having problems producing, even when we produce, the market is not there.

“So, this is forcing a change, and for us a country that depends on oil, things need to change.


“Nigeria is ranked 114th in the global innovation index. We are lower than other African countries such as Kanya, Rwanda and Senegal. We are in fact ranked 14th in sub-Saharan Africa. I think we should have this reality check and know where we are as a country. Let’s stop calling ourselves the giant of Africa because we are the giant with clay feet.

“Countries like Kenya, Rwanda and Senegal are ahead of us. I am not even talking about South Africa. Our expenditure on education is only seven per cent of the budget. We are spending less on education than Ghana; I am not talking about as per the percentage of the budget; in absolute terms, even though the Ghanaian economy is much smaller than the Nigerian economy, even though the Ghanaian government revenue is less than Nigerian revenue, Ghana is spending more on education than Nigeria.

“We have a 68 per cent missing job requirement and the major areas being IT, communication and decision making. And the completion rate between entry into primary one and completing university is eight per cent, meaning that out of every 100 pupils who go into primary school, only eight come out of university. And out of those eight, nine per cent, which is one of the eight will get a job.

“So, this is the reality in addition to what is happening globally. Now, digitization to level the playing field is required, if we are deliberate and we shift from consumption to value creation. But, part of our problem is that, even when we have the solution at our feet, we do not take it,” he said.

Sanusi also noted that there is a need for skill creation for the young people which will create enabling environment for economic growth and development.

READ Also:  How Pro-APC Group Plans To End Tinubu's Godfatherism And Stop Him From Producing The Next Lagos Gov

He asserted that data is one of the most crucial support that can be given to entrepreneurs for innovation.

“If somebody wants to innovate in the health sector it is to have data of people who use medical service, the location of the hospital to create and innovate solutions that will provide easy access to health care delivery and education.

He also stressed there is a need to give data access to the private sector adding that data support is very important and market access.

While calling on the government to encourage market access, he said, “If Kaduna state government continues with its e-government plan it will be a big market itself and it will encourage investment which are all knowledge economy aspiration and a shift in government spending to match the priority,” he said.

According to him, that job creation in a knowledge economy is not about creating jobs in Kaduna but equipping citizens with skills to participate in the global economy. “You have global platforms now that enable people with development skills to find employment anywhere in the world which is the future of knowledge economy,” he said.

In spite of the huge investment in the water sector by the government and international organisations, water scarcity has grown to become a perennial nightmare for residents of Abeokuta, the Ogun State capital. This report x-rays the lives and experiences of residents in getting clean, potable and affordable water amidst the surge of COVID-19 cases in the state…Goose that’s laying Goose that’s laying

The Lagos-Ibadan railway was inaugurated recently for a full paid operation by the Nigerian Railway Corporation after about a year of free test-run. Our reporter joined the train to and fro Lagos from Ibadan and tells his experience in this report…Goose that’s laying Goose that’s laying