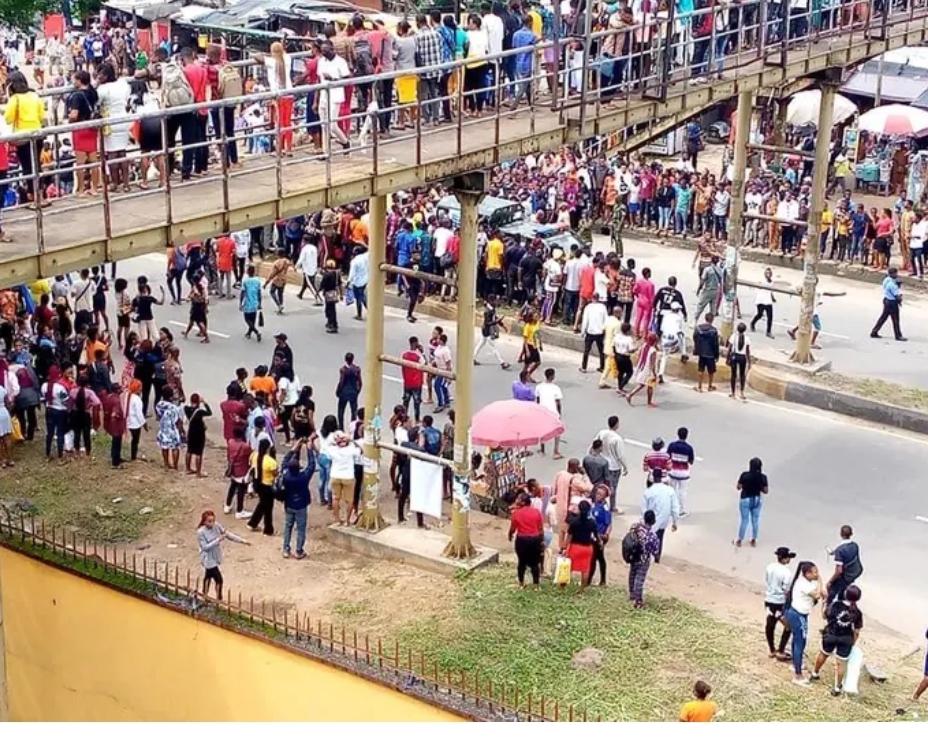 Officers of the Nigerian police Force have been captured on Camera opening fire at protesting students in Abia State Polytechnic, Aba.

POLITICS NIGERIA learned that the students were protesting against the police over the alleged rape of a female student of the polytechnic by three operatives of SRS (Special Rapid Response) after allegedly whisking her away from a lodge located on Immaculate Street, Aba.

READ Also:  "There Is Nothing Like Biafra, It Only Exists On Keyboard," Garba Says As He Hails Iheanacho, Ndidi

The SRS operatives were said to have taken the lady alongside others to an undisclosed location where they allegedly ‘gang’ raped one of the female students.

The alleged victim as at the time reporting is said to be receiving treatment at an undisclosed hospital in Aba.

READ Also:  Weakness: See How This Man’s Friend Poisoned Him After His Father’s Burial

There Is No God, Or Life After Death, Man Says Inside The Plane, But A Cowboy’s Reply Shuts Him Down Quick