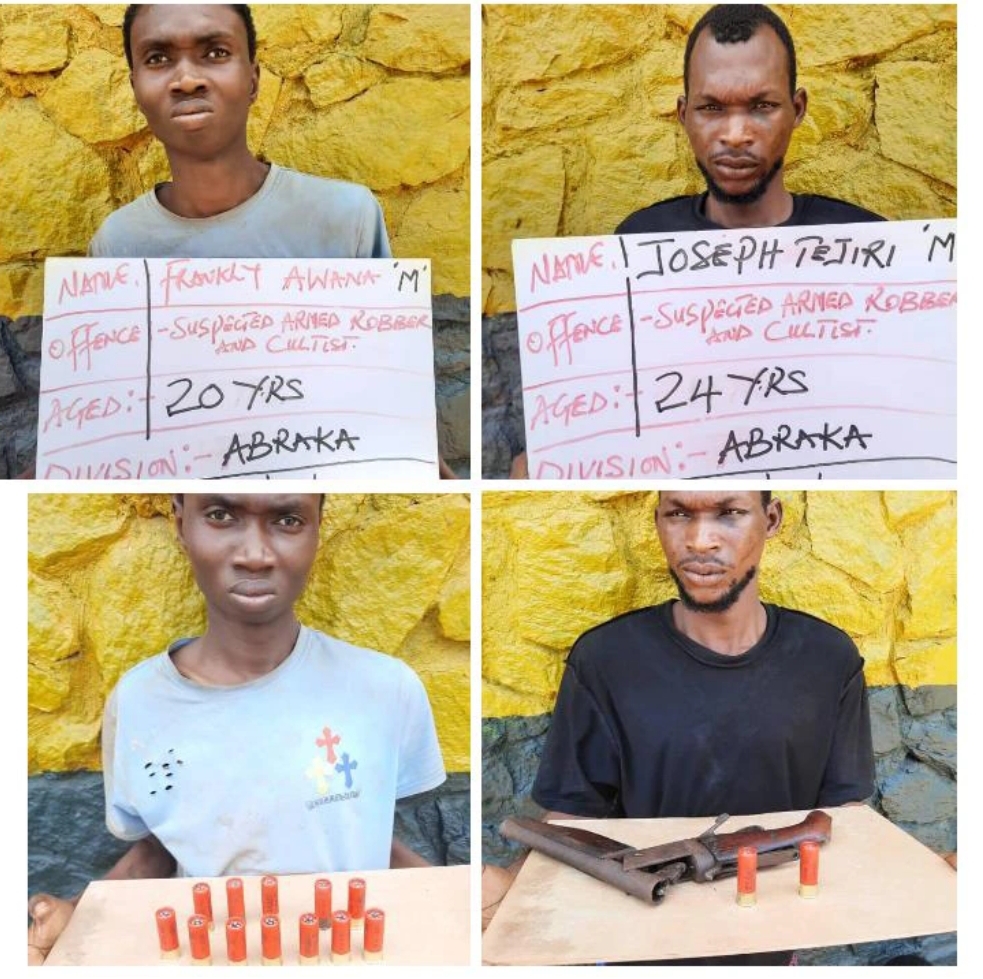 Two young men who belonged to a cult group have been arrested by operatives of the Delta State Police Command during a stop-and-search duties conducted on the roads in the state while two locally-made pistols and 16 bullets were recovered from them, the command announced on Tuesday, September 14.

The two cultists, whose names were given as Joseph Tejiri, aged 24 years and Franklyn Awana, aged 20 years, were arrested by the patrol team of the Abraka Police Divisional at different times while on stop-and-search duties. READ Also:  This Lady Is A Medical Doctor But She Slays Like A Model, See Adorable Photos Of Doctor Hassan

It was gathered that the policemen arrested Tejiri when they intercepted a motorcycle conveying Tejri. When the motorcycle was flagged down, the rider jumped down and fled, making the policemen become suspicious.

So, when a search was conducted on him, the locally-made pistol and two bullets were found on him. He was promptly arrested and when interrogated, he confessed to be a member of the Eiye Confraternity, adding that the rider that fled was also a member.

Similarly, Awana was arrested by the same patrol team alongside a vigilante group along Ugbedi Road, Abraka and during a search on him, a locally-made pistol with 14 bullets were found on him. He was promptly arrested.

According to a statement by the state police command through its acting Public Relations Officer, Bright Edafe, on the Facebook wall of the command, during interrogation, Awana was said to have confessed to be a member of the Eiye Confraternity.

He was also said to have disclosed that the pistol and bullets were given to him by the senior members of the cult group whose names he gave as Efe Efeta and Sylvester Ovie.

The statement added that more investigations about their cult activities were ongoing after which they would be prosecuted, while a manhunt has been launched for the fleeing motorcycle rider and other members of the cult group.