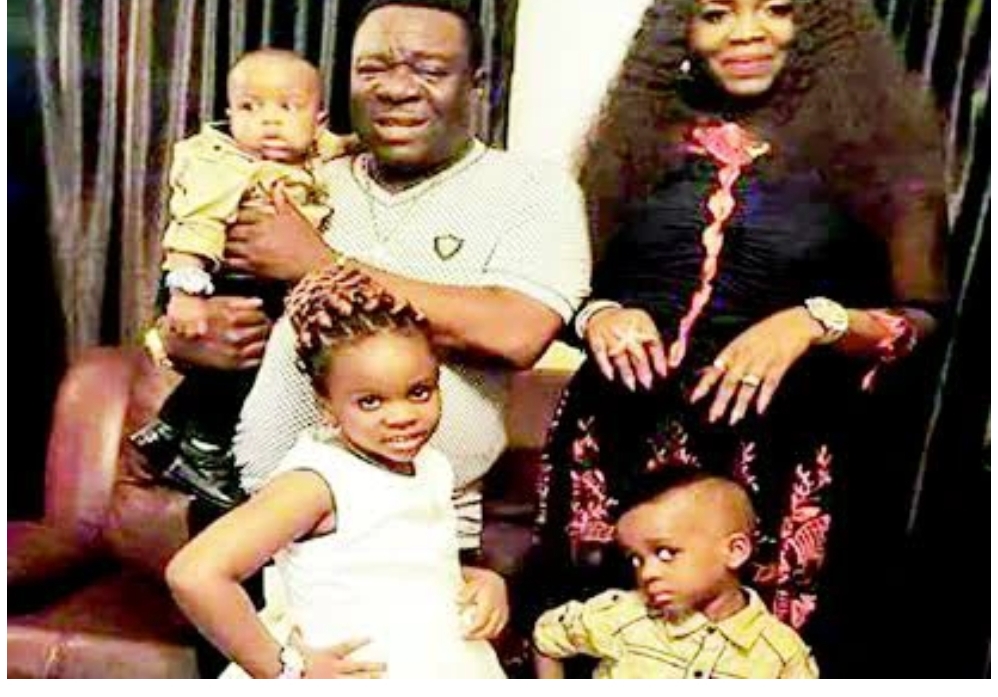 Popular Nigerian actor, John Okafor (popularly known as Mr Ibu), has revealed the reason he told his first child to look like the mother. The comedian shared details of his personal life during an interview with Toluwalope Kareem. You may have heard of Mr Ibu or seen him on your TV screen. The veteran actor has featured in many Nollywood movies, as he is widely loved for his comic roles in featured movies. The actor recently discussed his experience with fatherhood and some challenges involved.

Mr Ibu added that he was in haste to have more children after his first child was born. READ Also:  How Many Times Will They Tell Me That I Am The Next Person? Mompha Asks Nigerians.

Discussing what came to his mind when he held his child for the first time, Mr Ibu said, “I remember the joy in my heart; I was happy and grateful to God. I picked up my baby and said he should look like his beautiful mother and not me. Everyone laughed. They asked why I was saying that, and I said that because I know I am not good-looking, and they all laughed. I am very truthful to myself; I know that I am not good-looking, so I do not want any of my children to take after me in that aspect.”

The Thespian also discussed his previous marriages and how they ended. Speaking concerning his previous marriages, Mr Ibu said, “My first and second marriages failed; they (my wives) left me after having a child each for me. I wondered what made them make such decisions, and they made me know that it was because I didn’t have money. This made me know that I have to be able to keep my family and provide for them and make sure that they are satisfied and do not have any reason to look down on me.”

READ Also:  lf Whitemoney Does not Win BBNaija i will dash him N9OMillion and my V!rginity" - Nigerian Brag.

Mr Ibu disclosed that he does not believe in beating children. He added that he prefers cautioning and scolding his children. According to Mr Ibu, he tries to make his children happy and give them the best.

Video: Check Out Jackie B’s Reaction When She Saw Her Son For The First Time After Her Eviction

“Because I Am Single Does Not Mean I Don’t Have A Man” – Relationship Therapist, Blessing CEO Says