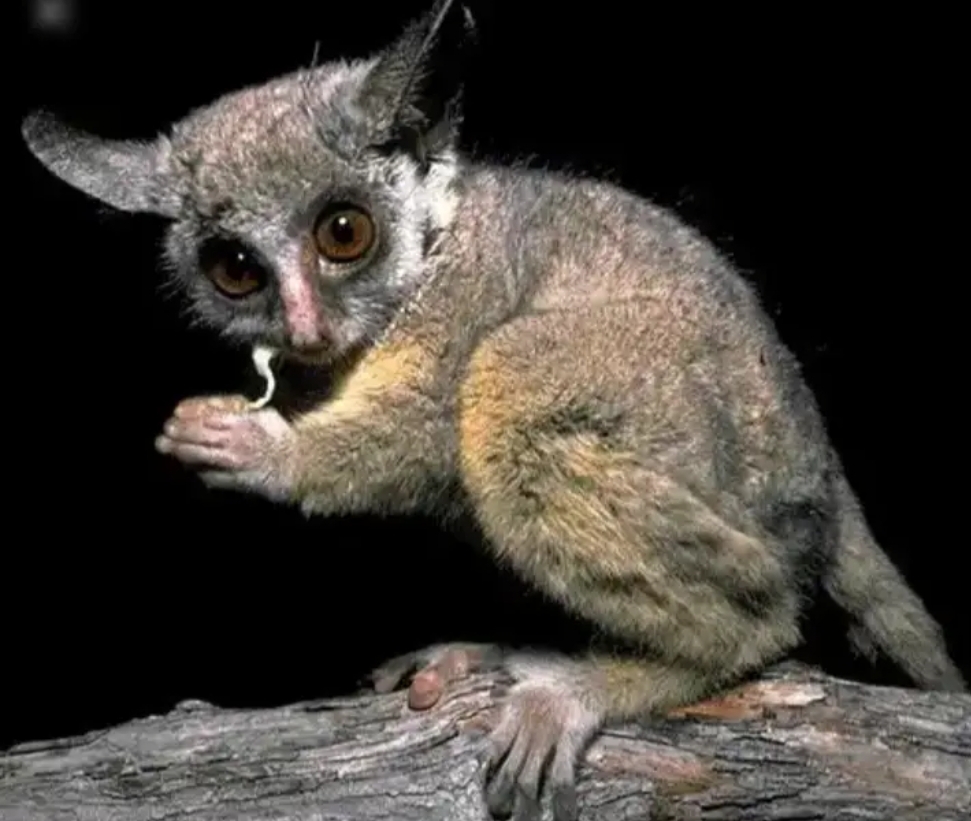 Bush Babies are named after their childlike wailing cry at night which they use to communicate with their family members and also urinating in their hand to demarcate their territory.

Bush babies, also called galagos, are small, saucer-eyed primates that spend most of their lives in trees. At least 20 species of galago are known, though some experts believe many are yet to be discovered. Also known as nagapies, which means “night monkeys” in Afrikaans, all galagos are considered nocturnal. They are gray, brown, or reddish to yellowish brown, with large eyes and ears, long hind legs, soft, woolly fur, and long tails.

Why do Bush babies cry

Bush babies are nocturnal creatures, meaning they are active during night hours. Because of this, they have certain characteristics that allow them to survive and thrive during the night. These characteristics are their voice, ears, and eyes. Bush babies’ loud cries enable them to communicate to one another.

How do they communicate

Galagos communicate by calling to each other and by marking their paths with urine. By following the scent of urine, they can land on exactly the same branch every time.

Each species produces a unique set of loud calls that have different functions. One function is to identify individuals as members of a particular species across distances. Scientists can recognize all known galago species by their ‘loud calls’.

READ Also:  I Asked Him To Provide 13k for Balloons for My Child's Birthday and He Couldn't - Lyta's Baby Mama

How do they demarcate their territory

The Bushbabies do demarcate their territories by urinating on their hands and they will scatter their scent while jumping up and down from one tree to another. What do they eat

The thick-tailed bush baby is a nocturnal forager feeding on gum and animal prey, including butterflies, moths, and beetles. Up to half of this specie’s diet will consist of thick gums from trees and the remainder made up of fruits, leaves, and insects.

Where are they found

These small primates are found throughout East Africa as well as in woodlands and bushlands in sub-Saharan Africa. They are possibly one of the most widespread galago species (bush baby species). They generally do not inhabit areas above altitudes of about 1,980 meters (6,500 feet).

Where are they found in Nigeria

The Cross River bushbaby is endemic to a restricted area in West Africa from the Niger River through South-eastern Nigeria to the Sanaga River in central Cameroon.

The nocturnal creature, which is a type of slow loris, has a bite so toxic it could kill a human. It releases poison from glands at its elbows which it then takes into its mouth. Their bite can prove deadly because it can cause an anaphylactic shock.

Can they be kept as pet

Bush-babies are sometimes kept as pets, although this is not advised because, like many other nonhuman primates, they are a likely sources of diseases that can cross species barriers. How much do they cost

In the United States, a greater bush baby generally costs around $4000+ as of 2020. Being less common exotic pets, their price has risen steadily over the years and that trend will most likely continue. The few breeders who produce bush babies also have about 1-2 young born per birth.

Their life span is approximately 10 years in captivity, but is probably no longer than 3 to 4 years in the wild.

The myth behind bush babies

The bush baby is a myth used to scare school students into minding their business and staying indoors at night. The bush babies apparently sounds like a normal baby or a toddler crying, sometimes the kid will be calling for help, and the good Samaritan who goes outside to help the little one, disappears, never to be seen again.

A Father Couldn’t Afford A Swimming Pool, But See What He Did To Make His Family Happy