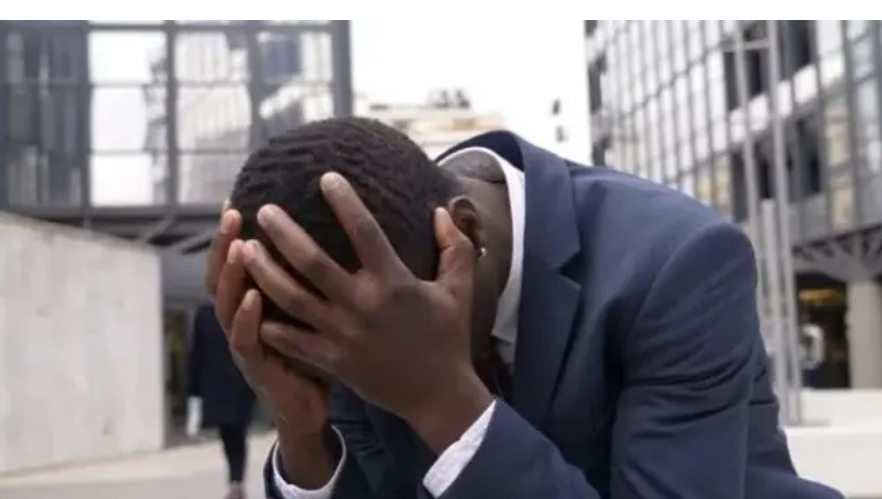 A Nigerian man (not the same as the one in the picture) recounted his disbelief after discovering that he had inadvertently slept with his wife’s twin sister and that she did nothing to stop him.

Something dreadful has just occurred, and I am now completely befuddled and trapped between the devil and the deep blue sea.

My wife has a twin sister who is very similar to her in appearance, and I am aware of the difference and do my best to distinguish between the two using signals and hints, even though her twin sister does not live with us and only visits us on occasion.

Something happened recently; I returned home from work a few weeks ago, and I arrived home a little late at night due to the traffic congestion in Lagos. The fact that my wife had not informed me that her twin was visiting meant that I had to use my spare key to enter the door, as I do on occasion. As I walked through the parlour, I noticed a person (who looked like my wife) sitting in a chair, clothed in a lovely manner though she was asleep.

READ Also:  Dear Men, If Your Wife is Cheating on You Please Do This- Lady Advices

After all, how would I have known it wasn’t my wife when they both look so similar and she didn’t inform me her twin was arriving until that day? On the evening, I softly dropped my luggage on the chair and pounced on her as she sat in the chair. “I was so caught up in the feelings that I didn’t notice right away, and my mind didn’t even register the idea that there is a twin. I was enjoying the moment until about midway through when I took a closer look and exclaimed, “wait, Kenny, is this you?” Taiwo was the name of my wife. I jumped off of her, but we had already been out for up to 15 minutes at that point. I confronted her, asking why she didn’t stop me and where my wife was. She informed me that my wife had left for evening service and would return shortly. Her reasons for allowing me to penetrate her were unclear, and I was left feeling very unhappy and disillusioned by the entire situation, which she could not explain. She genuinely begged me not to tell her sister, but I’m not sure how I’m going to deal with this guilt for the rest of my life.

READ Also:  "For 15 Years in Marriage, I Only Slept With my Wife For Less Than 10 Times"- Pastor Laments

Indeed, the fundamental issue at hand is that we are now looking at ourselves in a highly sensual way, and given the way things are going, I and Kenny may find ourselves doing it again and over again. This is terrifying, and I’m afraid that even informing my wife about it will not remove the urge from me.”

Woman Poisoned Boyfriend To Death With Rat Poison After Discovering That He Want to Leave Her.

“I Just Need a Date, The Bill Is On Me” — Beautiful Lady Is Searching For a Date