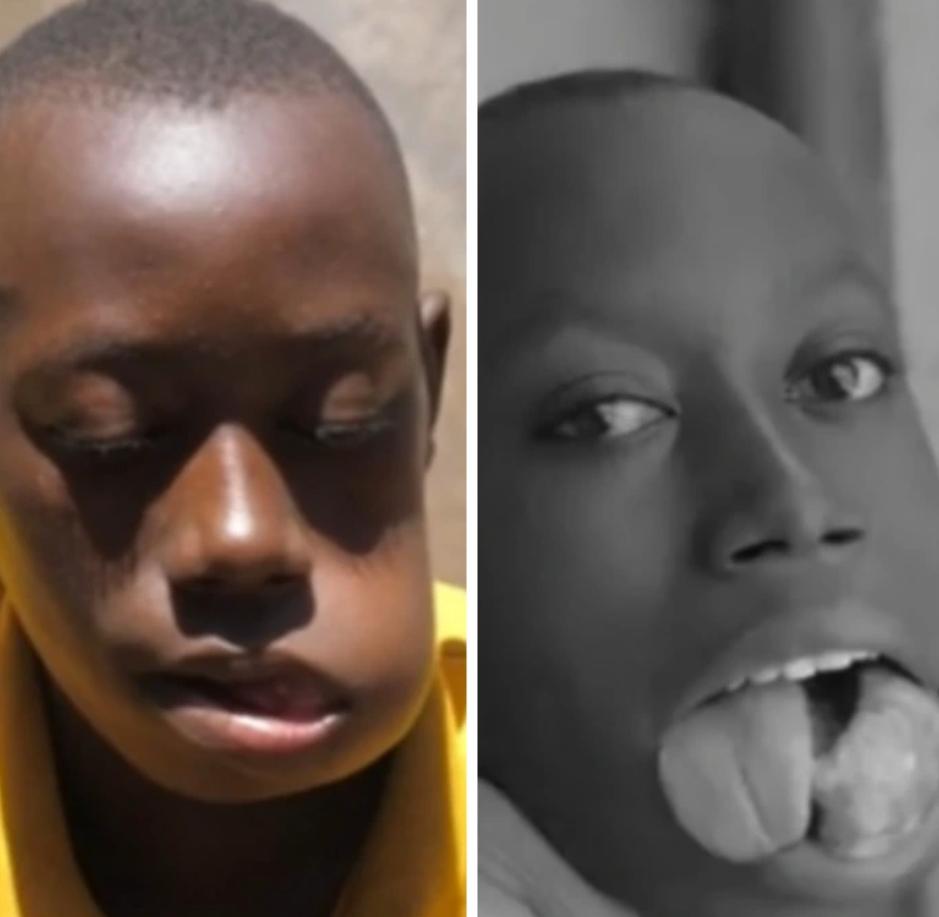 “Dear Lord Please Take my Life, The Pain is Too Much For me to Bear” 12-Year-Old Boy Painfully Pleads

Jean Bosco is a 12-year-old boy who has been suffering from a growth in his mouth for two years and due to pain he is pleading with God to spare. It all started two years ago where he developed a small pimple in his mouth and he thought it was just a normal pimple but as days moved it started getting bigger and this is when his parents rushed him to the hospital for treatment.

In all the hospitals they visited, they were asked to travel abroad for treatment but due to lack of money Jean was forced to stay at home with his parents. He dropped out of school due to being bullied by his school mates. READ Also:  We went for 8 Rounds But I was Not tired - Lady Boasted

It’s been two years from when he started suffering from the disease and since then he has been locking himself in the house because he fears being laughed at or even being bullied.

Jean Bosco claims he will never go back to school until he gets well if he manages to get money for treatment. He also claims he is ready to die or get healed because he is in too much pain.

His parents have been trying to get him outside his room to associate with other people but he always refuses to get out of the house something that has left them in tears. They have pleaded with well wishers to help them raise money for their son’s treatment so that he can immediately receive the treatment and go back to normal just like other kids.

“No One Believes I’m 20-Year-Old, I Was Born With a Big Head And Small Body” Lady Painfully Narrates (Video).

“My Aunt Used Witchcraft on my Father And Mother to Kill Them, She Wanted Their Wealth” Man Narrates.