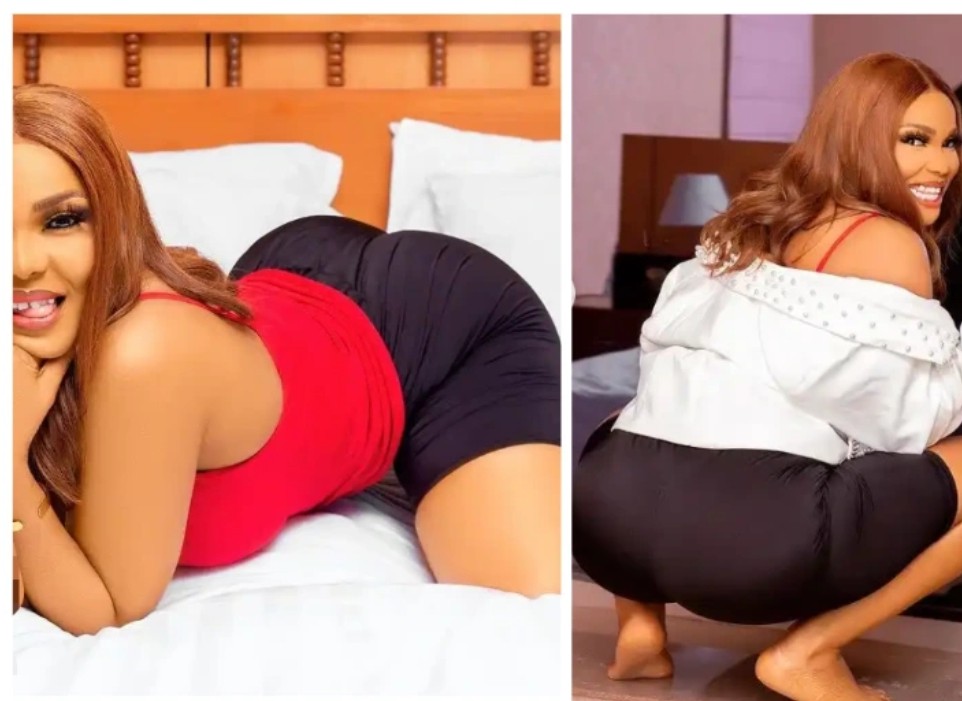 A popular Nigerian actress, brand ambassador, and businesswoman, Iyabo Alice who is well known as “Iyabo Ojo” has caused reactions from her fans and followers after she shared three new photos of herself on Instagram. In her post, she wrote, “I’m beginning to love my backyard”.

While sharing the photos online, the beautiful mother of two revealed that she loved her beautiful body shape. In the she was seen wearing a short dress.

READ Also:  Tonto Dikeh Made Me Live In Hell, She Cheated Right From The Start Of Our Relationships- ex-boyfriend, Prince Kpokpogri

And as such, a lot of fans and celebrities including, Brother Shaggi, Mercy Aigbe, and others has reacted to it by saying she looks beautiful in the photos.

Let’s see the beautiful photos she uploaded and how her fans and colleagues reacted to them; Read how her fans reacted to it;

READ Also:  Mr Macaroni has been Arrested by the Nigerian Police for Peacefully Protesting at Lekki toll Gate (Video) With all you have read, what do you have to say about the beautiful she uploaded online above?

Kinly share your thoughts in the comments section below.