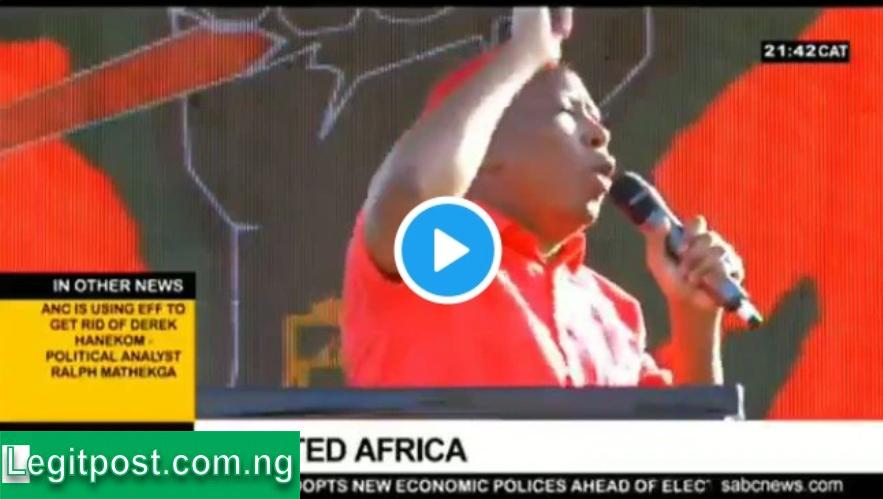 Julius Malema has explained why he does not want a passport or borders in Africa in a video shared on Twitter and YouTube. Speaking before a throng, Julius Malema claims that all Africans are the same. Who made the borders, he inquired? Who made the passports, and where did they come from? Africans do not require passports to travel within the continent. As the crowd cheers him on, Julius Malema says.

Twitter was used to obtain the footage. It was uploaded to support Julius Malema’s desire to allow Zimbabweans into the nation, particularly given that the Coronavirus pandemic is at its apex and many countries are doing everything they can to protect their citizens. Many people were disappointed in Malema and the leadership of the Economic Freedom Fighters (EFF) for asking for free borders now rather than fighting for a better living for South Africans.

READ Also:  "I am not White money, so If you want trouble I will give you double of It", Queen tells Pere (Video)

Many of his supporters have chastised him for prioritizing foreigners and immigrants over his constituents. Julius Malema, on the other hand, has often warned his detractors that the EFF’s dream is much greater than South Africa. He claims to be a pan-Africanist and an African nationalist, which explains why he opposes African borders.

Where Is Your Male Organ?- Fan Shades Bobrisky After She Shared Post-surgery Photo In Bikini.