"Boko Haram And ISWAP Will Never Dine And Wine Inside Our Presidential Villa" - Jack Obinyan reacts.

Zulus Are Not South Africans, They Fled From Their Country Shaka KaSenzangakhona- SA Man Reveals

Please Help Me, They Said I Will Die In 7Days Time-Yoruba Actress Cries Over Traditional Threat

He Came Out Of His House On January 1 To Wish Others Happy New Year, Read What Happened To Him Next

They Came To Our Shop To Buy 20 Bags Of Rice For 40OK, But The Money Turned Into Paper - Man Cry Out

"I Sold the iPhone I won from Zenith Bank to Buy Camera For Business; Now Look At me" - Man Explains

"My Children Did this to My husband"

I Dug a Grave To Bury My Pregnant Wife So That She Will Feel The Pain, I Can Never Forgive Her Man

After Adeyemi Killed His Girlfriend To Get Rich, See Throwback Photos Of What Happened To Him

This Boy Kidnapped 16-yr-old girl he lured through Facebook, rapes her twice for seven days while demanding N3m ransom

Armed Robbers Attacked Police Station,Then Stormed Bank Destroyed the Building and Made Away with This (Video)

I Heard My 4yrs Old Daughter Crying In My Neighbor's House,When I Entered The Room I Saw Him Doing This to My Daughter- Woman Cry Out

The Girl Begged Me For N100, 1 Gave Her And I Slept With Her But I Didn't Know She'd Die- Man Confessed

Wickedness: This Man Killed His Own Mother, Cuts Off Her Head Buried Her in a Shallow Grave

Hardened Criminals: Instead Of Them To Beg For Their Lives, See What These Thieves Did

After Killing Her, We Removed Her Head And Dumped Her Son Into The Pit Latrine –Suspects Reveals 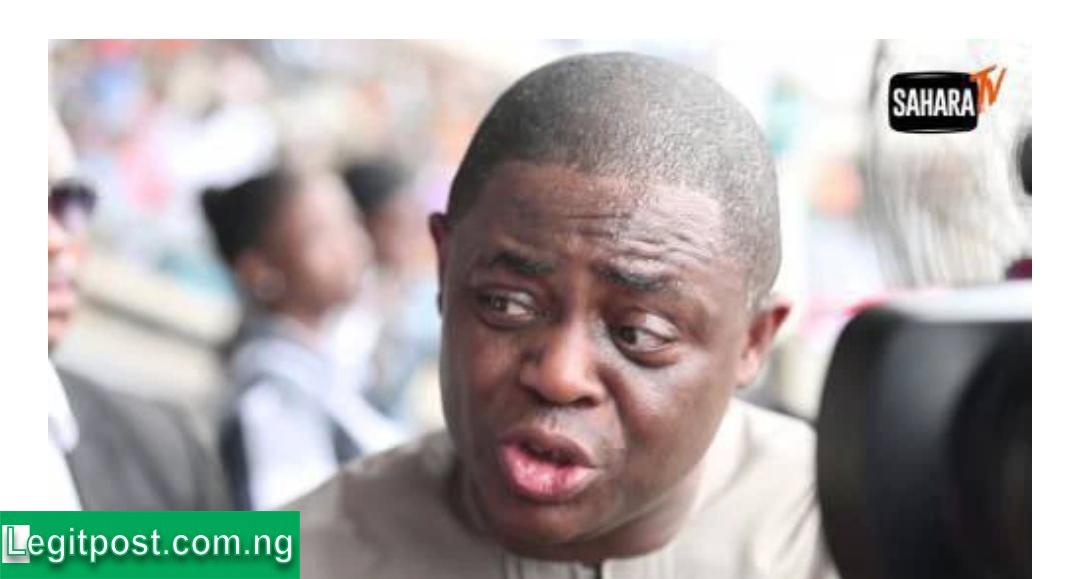 The former Aviation Minister of Nigeria who is an influential political figure in the country, Sir Femi Fani Kayode has taken to his official Twitter media handle to allege that a Nigerian politician is working for a Central Intelligence Agency (CIA) against the Nigerian state. Fani Kayode disclosed how the individual whose name was withheld had threatened to kill him during his service under the Obasanjo-led government.

READ Also:  17 years old girl, sets self her self on fire over fiance’s inability to pay N17k dowry He further disclosed how the man has been able to dislodge many presidents and destabilize many governments that has ever come into power over the years. FFK as he is fondly called described the latter as an evil man while threatening to expose him and all his evil secrets in Zamfara state and the North West region as a whole.

Fani Kayode who felt enraged over what the latter may have done threatened to bring him to justice while stressing that he will never become a head of state no matter how hard he tries to erupt another civil war. Read further through the screenshot below.

READ Also:  Inside life: Policeman threatened to shoot the trader if he doesn't stop resisting arrest, As he pointed the gun the trader dodged the bullet and it hit the policewoman who was beside them