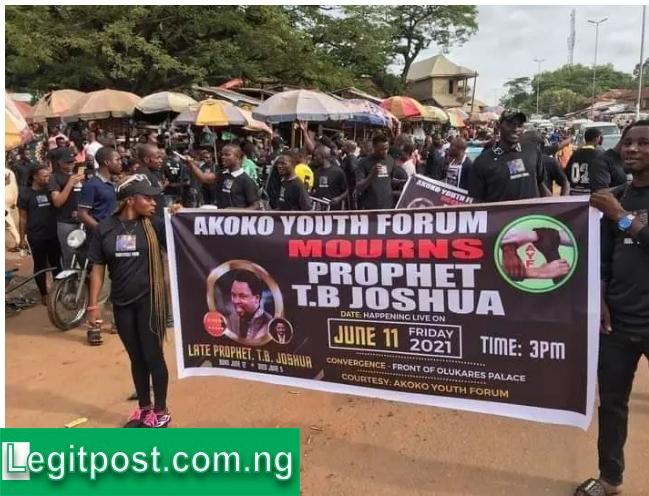 Nigerians continue to mourn the passing away of popular pastor, Temitope Balogun Joshua as youths in Ondo state hold a procession in honour of the late clergyman. Temitope Joshua (popularly known as TB Joshua), died on the 5th of June, 2021. TB Joshua died at the age of 57. You may recall that the founder and leader of the Synagogue Church of All Nations, TB Joshua recently passed away. The death of the clergyman took his members by surprise while Governors and Nigerian leaders have since expressed their condolences. It was gathered that the Youths of Akoko, Ondo State, organised a procession in honour of TB Joshua on Sunday, photos of the event have since emerged. Youths who participated in the procession were seen wearing black clothes which often symbolises mourning. It was learnt that the youths converged at the Olukare’s palace for the procession. Some of the posters displayed by the mourning youths had inscriptions such as, “We miss you, father of many children”. READ Also:  Police Man Brought Out Cutlass and Beat Up My Mother Like For Doing This- Lady Cry Out 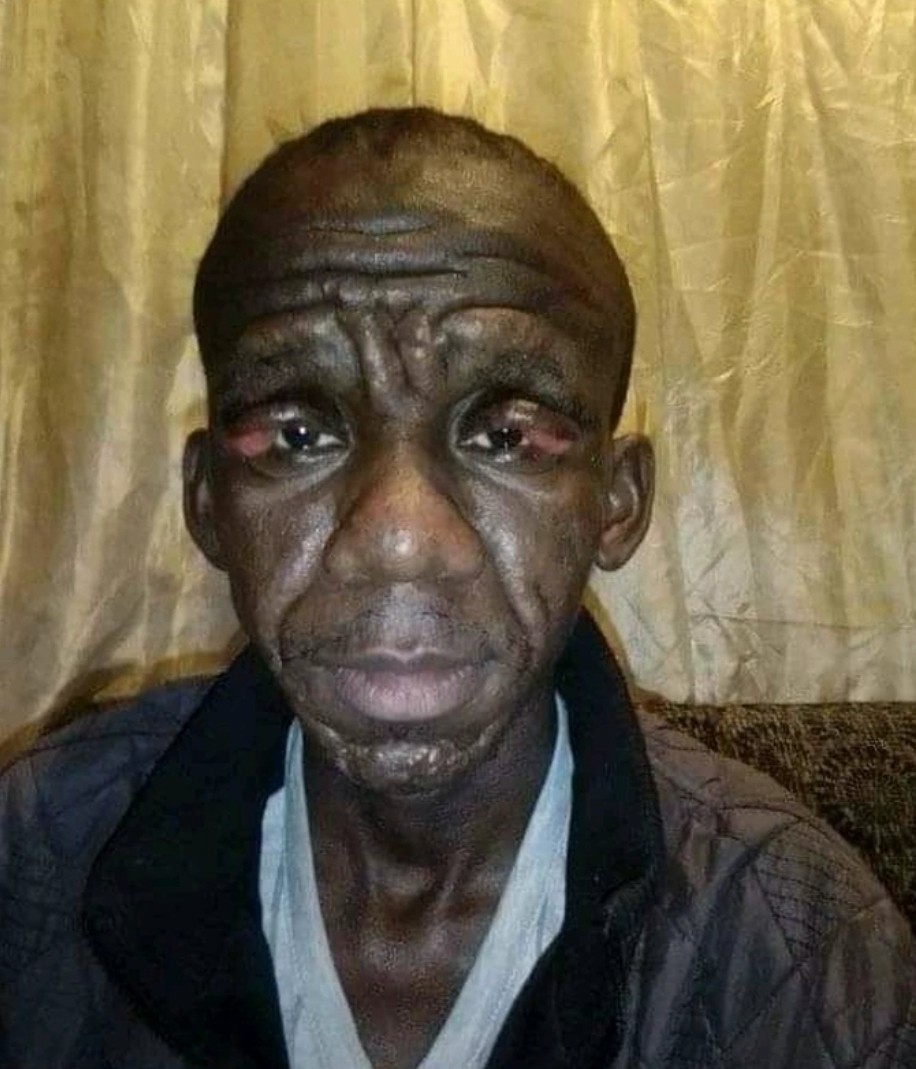 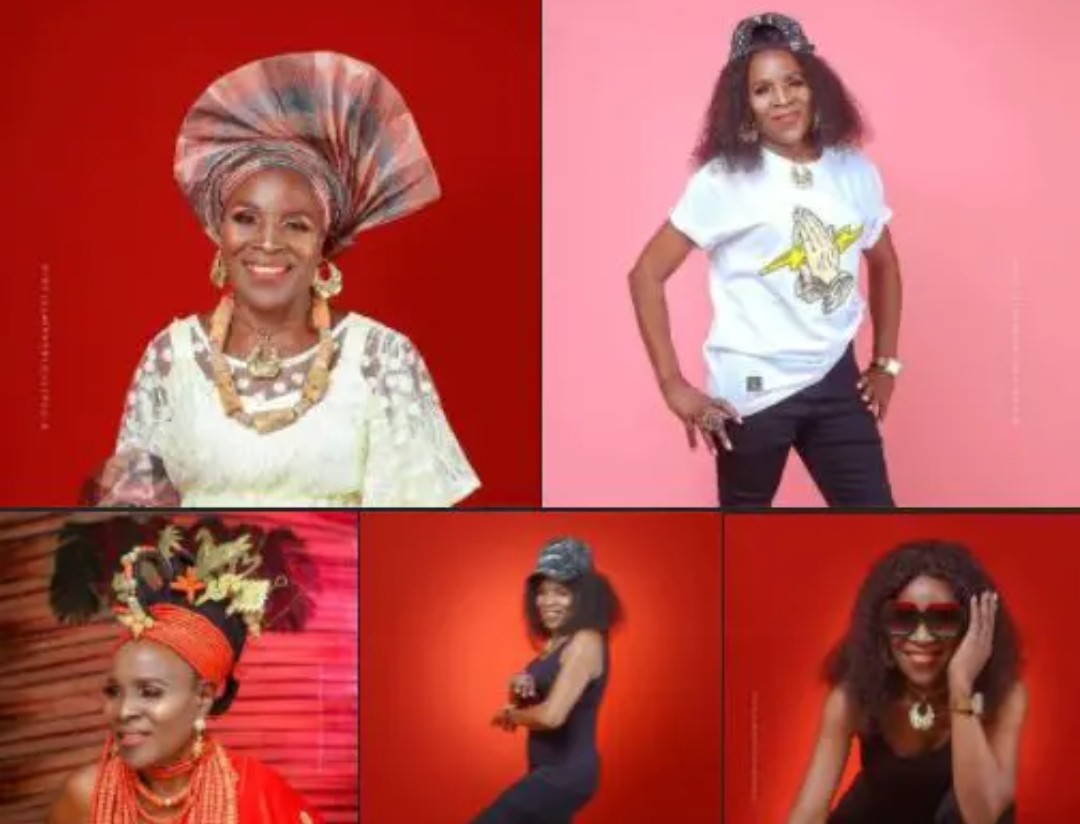 The Money Hushpuppi Sent Was For The Native Clothes And Caps...