EndSARS Memorial: 2 People Who Were Arrested By Police At Lekki Tollgate Today

Have you Eaten? Are you Okay?- Singer, Falz Questions Policemen (Video)

Man in Tears After Witnessing Transformation of Mentally ill Man

Nigeria’s Minister of Information, Lai Mohammed has said that the #EndSARS Massacre is False.

Weakness: See How This Man’s Friend Poisoned Him After His Father’s Burial

Igbos Are Very Hardworking People, They Are Never Lazy Or Sit At Home - Kemi Olunloye

Lagos State Governor Celebrates an Artist, who made a Hilarious Drawing of Him

'Your Destruction is Near, You Have Nowhere to Hide'- Buhari Tells Terrorists

Sunday Igboho Has Been Poisoned In Cotonou Prison - Kemi Olunloyo

I Started By Killing My Husband, Witch Confesses Her Sins Before Going Crazy

Rip: Tears After a Girl Who People Thought She Was Pregnant Due to Her Swollen Stomach Dies

Enough of This, We Have Lost So Much to Sit-at-home, Igbo Traders, Residents Declares

Meet Andre, the Chef Who Has Cooked For 4 American Presidents Including Joe Biden and Donald Trump

How Seven Bandits, aged 18 to 25, Were Arrested while Taking 54 Stolen Cattle to Their Leaders

See The List of Notable Muslims that Accepted Jesus Christ 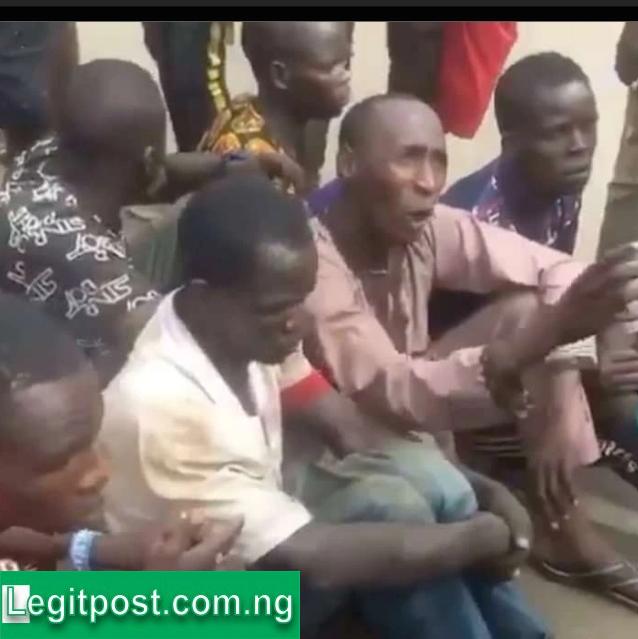 Unlucky herdsmen reportedly arrested on their way to Lagos checkout the weapon they were caught with.

Another set of suspected northern herdsmen have been reportedly arrested by angry protesters in Ondo state. READ Also:  I am proud to be a Nigerian again- FFK Says As He Shares Pictures Of Military Bombardment

The angry youths damaged the wind shed and some other parts of the vehicle, the herdsmen were arrested and handed over to amotekun Corps for further investigation.

See the photo of the vehicle below This has caused a mixed reaction on social media as many people are questioning the ulterior motives of the herdsmen and why they were heading to Lagos with locally made guns, it’s either they were hired to disrupt the protest.