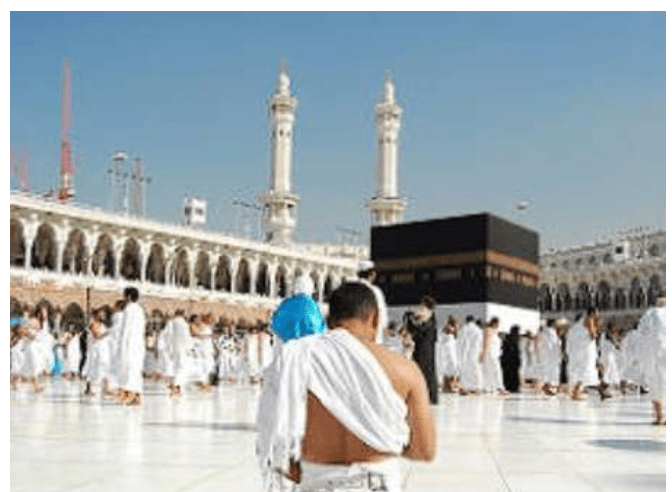 This is what happened to Omar, a new Christian convert. Before his dramatic encounter with Jesus, Omar was a disheartened Muslim pilgrim on his way home from Makkah, Saudi Arabia, according to God Reports. “Omar’s life was empty and yet full of troubles,” recounts Erick Schenkel, executive director of the JESUS Film Project.

“He was weary and without hope,” he notes, relating a story from a key ministry director in the Middle East. When Omar shared his dejected condition with a friend, he advised him to go on the holy pilgrimage. Muslim Woman Comes Back To Life After 2 Days In Mortuary, Says Jesus Brought Her Back The pilgrimage to Mecca (Hajj) is one of the five pillars of Islam and a mandatory religious obligation for Muslims.

All adult Muslims who are able to undertake the journey must take part in it at least once during their lifetime. The annual gathering during the Hajj is considered the largest assembly of people in the world. Omar heeded his friend’s advice because nothing else seemed to be working in his life. So, he went, looking for hope and peace, and joined the hordes of white-robed pilgrims assembled at Islam’s holiest site, according to the JESUS Film Project.

He carried out the various rituals at the holy sites, including “Stoning the Devil,” by climbing a bridge and throwing seven stones at a pillar said to represent the evil one. But when he completed all the sacred rites, he still felt emptiness inside.

He pulled aside another pilgrim and confided, “They told me I would find solutions and hope here. I haven’t. I’m still weary, worse than before and don’t know what to do.” Muslims Turning To Christ In Great Numbers Through Dreams And Visions Disheartened, Omar walked to the bus station to return home. The station was normally jammed with people, but not this time.

There was only one bus sitting there, and it was empty. It seemed like an odd situation, but he boarded anyway. The driver said to Omar: “We don’t have any passengers yet, but I can see you have a problem. There’s a store over there. See that large rock? Just go sit on that rock and talk to Isa [their name for Jesus].” “But why?” Omar asked the driver.

“Try it. Go there. Talk to Isa. You’ve tried everything else.” Omar complied, wondering, How would he know I’ve tried everything else? Omar walked over and sat down on the rock. The moment he said the name “Isa,” his body began to shake. He felt something powerful filling his heart and body. “I spent two hours there without being conscious of the passing of time,” he told the JESUS Film Project.

The wind blows where it wishes and you hear the sound of it, but do not know where it comes from and where it is going; so is everyone who is born of the Spirit.

John 3:8. Finally, Omar regained his composure and went back to find the same bus and the mysterious driver, but the bus was gone. So he took a taxi to his next stop. When he finally got home, Omar looked for someone who could answer his questions about Isa. He felt compelled to understand what happened.

Omar finally found a man who knew something about Isa. The man said, “I can’t help you, but someone gave me a DVD, a film called ‘Isa.’ Come to my house for dinner and we will watch together.” Omar went to the man’s house and they shared a meal together.

After dinner they sat down to watch the JESUS Film. When the DVD got to the point when John baptized Jesus in the Jordan River, Omar’s eyes widened in disbelief.

He saw the face of the actor who portrayed Jesus and he began shouting: “Wow, that’s the driver! That’s the driver in the bus! He’s the One who told me to talk to Isa!” Omar watched the entire “JESUS” Film and heard a clear presentation of the Gospel, including the words of Jesus, found in the Book of Luke.

Now he understood what happened to him in his encounter with the bus driver. He had met Isa! Omar surrendered his life to Jesus as his Savior and Lord. May the Lord keep them Amen. 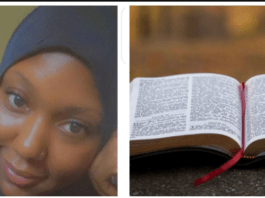 I Hide To Study The Bible And It Brings Me Peace... 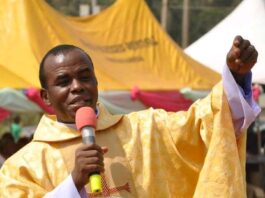 Father Mbaka: For the Remaining Days of this Years, I Declared... 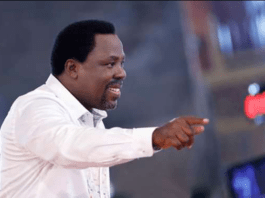 3 Things God will do for You in the Month of...